Showing posts from August, 2008
Show all

To complete the " 95th Birthday Celebration " in my previous post... lol! It helped that the weather was gorgeous that day when we arrived at Tuscany, the sky above us looks bright blue. Tuscany region in Italy have hills many roads wind up and down, perfect and beautiful country full of interesting things to travel. Have many tourist spots, we had a lot of fun in our trip because we have looked the beautiful landscapes.
61 comments
Read more

I'm sorry, haven't been writing this last few days and missed out a few visits. It's been pretty busy days for us here. It's 95th Birthday of my great-grandmother-in-law!!!! Sorry to all who gave tags I will do it soon! I missed being online! I just lost some bucks for not working... Got a PPP direct task but I didn't get it...Argghhhh!!! already expired... I just found out today that I was nominated "again" for PINOYWORLD BLOG OF THE WEEK ... Thanks a lot! Have a great day everyone!
19 comments
Read more

- August 26, 2008
Online shopping made so easy! I have just started a new shopping portal. A world where every online store sells at easy way to shop from the comfort of our home. They have the unique gifts idea to suit my taste and best value that is 100%satisfaction guarantee. The detailed product information makes online shopping easier. Shopping online can be very convenient and economical because a certain number of good product that is running somewhat special underhand agreements like discounts. Shopping online brings us all the best offers and deals in wide selection of products. Embracing a great number of full catalogues are available online. That makes online shopping comfortable and allowing shoppers to shop across great number of products. Shopping online can be fun, easy, and practical. Online shop offers more benefits that you will not find shopping in a store or by mail.
Read more

My love for ice cream emerged at an early age and until my skin wrinkled... Honestly, It's hard to find pictures for today's theme.... Anyways, have a great weekend everyone!
33 comments
Read more

I took this picture this morning, was a gorgeous morning sky. I was driving about 80 mph when I took this picture and listening to whatever music whooped up. Driving alone can be a worldly experience at times, and it can be fun.... Lol!
36 comments
Read more

- August 22, 2008
Do you want to trace any number? I found a great website, does reverse phone look up service. This service is offered available for telephone and handy phone numbers. Just visit this useful site and check out their complete list of supported area codes supported by their reverse phone search. Track the location of handy phone number using the reverse directory. Reverse look up is also available in this site where you can enter the names and find the appropriate number. All you have to do is enter the telephone number and they will be able to give you the location and name of the person that phone belongs to and the great thing about this is that it's free. This site is being used by almost everyone in the world. Try to visit the site to find all your details for the phone numbers and this site is very useful. It's a great way to look up prank calls and missed calls. All your look ups are 100% impliedly private. No one will be informed if your tracing a phone number.
Read more

It has been a lot of fun to be online. It's an honor to be nominated worldwide for PINOYWORLD BLOG OF THE WEEK . Huge thanks to everyone, this was genuinely unexpected. The votes was a quite surprise and made me gracefully overwhelming. Was a worthy-tinkled sensation having 43% votes.... It has been rewarding to have all you guys.... Thanks a lot for your support..... I am wordless.... Thank you so much!
7 comments
Read more

Distinctive Style To Your Home

If you've been looking for ways to give new life to your old home, look for your future countertop, before you get started on your countertop project. Many different types of display countertops to choose from Atlanta countertops you are certain to find one that complements your artistic expression for your home. Why not let your good flavor show through? Give your home a new look likes you’ve always dreamed. You need a remarkable needed update by replacing your old countertops to a new Atlanta countertops this phase to another new home. Show the inside charm of your distinctive home countertops from Atlanta and Atlanta countertops style your houses. They are professionals for durability, good in pricing, and will give you the exact maintenance requirements. They supply counter tops in granite, marble, soapstone, quartz - Hanstone, Zodiaq - for your kitchen, bathroom vanities, fire places, shower walls and for all other interior and exterior applications. They can give y
Read more 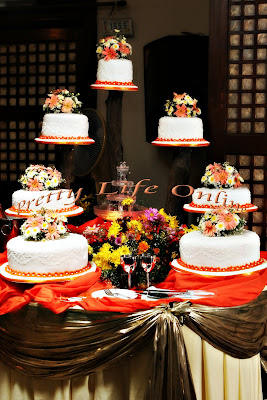 Today is my sister's birthday, and that makes me feel extremely old.... LOL! Happy Birthday, Sis! Wishing you a Birthday... blooming with happiness and wonderful moments...
34 comments
Read more

The scene is inviting, the sky has a magical outward semblance... I tried to touch the sky but its to high, only from your votes I can reach out and touch the sky. The way of fortune is like the milkyway in the sky... PLEASE VOTE FOR ME !
23 comments
Read more

1. Burberry was founded in 1856 when 21-year-old Thomas Burberry, a former draper's apprentice, opened his own store in Basingstoke, Hampshire, England. Burberry a British luxury fashion house, manufacturing clothing and other apparel. 2. The House of Chanel , more commonly known as Chanel, is a Parisian fashion house in France founded by Gabrielle Bonheur "Coco" Chanel (Founded 1910's). 3. The Louis Vuitton Company more commonly known simply as Louis Vuitton was born in Jura, France (now part of the commune of Lavans-sur-Valouse), but moved to Paris in 1835. A luxury French fashion and leather goods brand and company, headquartered in Paris, France. 4. Givenchy is a French brand of clothing, accessories, perfumes and cosmetics. It was founded in 1952 by designer Hubert de Givenchy. 5. Christian Dior (January 21, 1905 – October 23, 1957), was an influential French fashion designer. He was born in Granville, Manche, Normandy, France. 6.
20 comments
Read more

PLEASE VOTE FOR ME!

The course of my Pretty Life Online, please support me in my race... PLEASE VOTE FOR ME!
18 comments
Read more 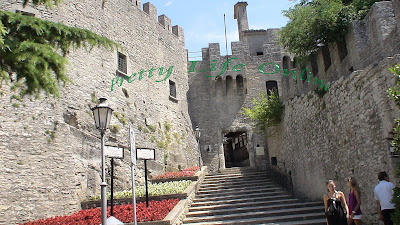 Oh wow, it's been almost a week since I last updated this blog! I missed writing here.... It's been a pretty busy weekdays and weekend... I miss blogging so much... Anyway my friends, as I`m way behind.... I just found out today that I was nominated for PINOYWORLD BLOG OF THE WEEK... Hope you can vote for me everyday! PLEASE VOTE FOR ME ! I have found myself the freedom to speak... either in speaking or in listening…perhaps even the wordlessness...
37 comments
Read more

Anyway, weekend was all the same. I am so glad hubby talked to me this option to change the color of our house.... We found it difficult to choose a color for the house. And we are hoping our colors wiil be legally approved.... Last night, hubby found this photo!!! I think I got this picture from our trip to Switzerland last summer... I felt in love with this color combination.
25 comments
Read more

Featuring eyeglasses for men and women! Need new eyeglasses? If you want to know which eyeglass frames are the must to have a great look at the season, look for these trends of eyeglasses . Most women are interested and curiosity engaged in the way eyeglasses look, while most men are more concerned in comfort fit and durability are another factors that man seem more interested. ZenniOptical.com they, sells fashionably elegant and prescription eyeglasses Online from $8. Get admiringly and believed to be within one's financial means for eyeglasses and with a high respective superior quality that you deserve. They sell only their own fabricated frames direct to the customer. They have a huge selection of quality eyeglasses. They have a huge selection of frames. Don’t miss this chance from ZenniOptical.com buy higher graded and most advantageous quality eyeglasses. They have a relatively low in price eyeglasses. You can find exceedingly great selection of eyeglasses, with suns
Read more

The frozen crystals floating in the atmosphere above. Clouds give us a clue about what is going on in our atmosphere and how the weather might change in the hours or even days to come. Clouds fill the skies above us and they are always part of our every day lives.
24 comments
Read more

Like all other areas across Europe, every city has good and bad sides. Today has no oddity, it was extremely hot, hot, hot! I'm really getting sick of this hot weather....
48 comments
Read more
More posts