1. Burberry was founded in 1856 when 21-year-old Thomas Burberry, a former draper's apprentice, opened his own store in Basingstoke, Hampshire, England. Burberry a British luxury fashion house, manufacturing clothing and other apparel.

3. The Louis Vuitton Company more commonly known simply as Louis Vuitton was born in Jura, France (now part of the commune of Lavans-sur-Valouse), but moved to Paris in 1835. A luxury French fashion and leather goods brand and company, headquartered in Paris, France.

4. Givenchy is a French brand of clothing, accessories, perfumes and cosmetics. It was founded in 1952 by designer Hubert de Givenchy.

7. Prada is considered one of the most influential clothing designers in the fashion industry. was founded in 1913 by Mario Prada in Milan in 1978.

9. Gucci, is an Italian French-owned iconic fashion and leather goods label. It was founded by Guccio Gucci (b.1881 - d.1953) in Florence in 1906. Gucci considered one of the most famous, prestigious, and easily recognizable fashion brands in the world.

13. Bulgari (usually written "BVLGARI" in ancient Roman style) is named after its founder, Greek Sotirio Bulgari The company was founded in 1884 in Rome, Italy. The current flagship store was opened in 1905 by Bulgari with the help of his two sons (Costantino and Giorgio) and the store quickly became a place where the world's rich and famous came for the unique, high quality jewelry designs combining Greek and Roman art.
Thursday thirteen Vote me

Thank you for visiting and for your comments. 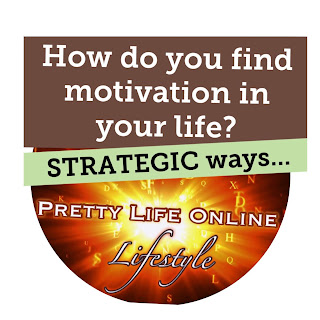 How to figure out if your friends are your real friends or "frenemies"? 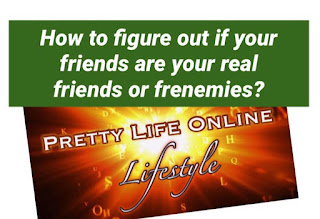 We know the graceless and troublesome realities, you might find "frenemies"  behind your own cold-shoulder responses.  How to figure out if your friends are your real friends or friend-enemies? 1. You can hear from them when times were valuable to treasure, but after they disappear. *** Real friends care about you and hear you when you are quiet. 2. They put you in a remote direction and on a sloping down-ward stage. *** Pretty real friends, always have a shoulder to cry on, for you when you are at unpleasant spot, they are with you in the good and bad times.  3. Friend-enemies will treat your secrets like it's nothing with that principle dote of the sacred. *** A real friends values that self-possession and will not tell anyone. 4. They are superficial people don't know how to give compliments, they pride themselves on hanging out and hooking up. ** *Real friends will be there every mark of the way, they give the facts grounded to anythin
Read more

Stay home and be a responsible digital citizen

Marching your life to be a different drummer is a foolproof classical way, walk away from verbal calumny. Let's stay safe, healthy at home and sooner we can do all. Let us be a responsible digital citizen and be mindful about what we post and share. The schoolyard to social media such as emails, mobile messages, Facebook, messenger, Instagram, Whats app, Youtube and Twitter is an electronic harassment provisions can be a caption to cyber bullying which refers to the use of Internet and mobile technology to HARASS, INTIMIDATE or cause HARM to another person.  It's something that comes very naturally to us sometimes to gossip. Oh yes, staying home is kind a boring life, so we start the " gossip", in this sense plays a number of different roles in the maintenance of social function to people, but if you have nothing nice to say, better DON'T say anything at all.  Let today be the day-- our virtual lives, are just as over sequence of time allowed as our re
Read more